For the last couple of weeks I've been playing with Ansible, a very powerful automation tool that lets you configure, and deploy applications to multiple remote servers with a single command.

Sounds easy, right? The answer is yes...but only after you get ansible to a point where it does what you want it to do. In this post I will explain how to use ansible to install a cluster of Tomcat 7 containers balanced by an HAProxy. I want to make clear that the purpose of this post is not to explain how ansible works. You should first take a look at the ansible documentation to get familiar with the basic commands a configuration files we'll be using for this project.

The following diagram illustrates the system that we are trying to build: 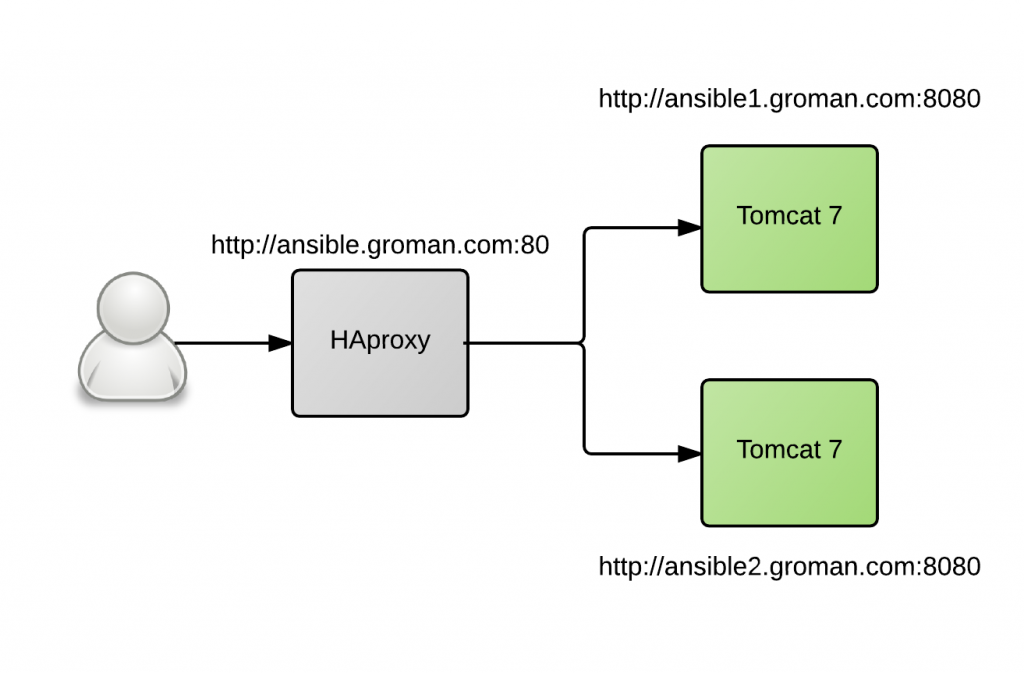 We'll be using HAProxy as our load balancer and two Tomcat 7 servers as our application containers. For testing purposes, we will deploy a very simple application called "snoop" that will just display a bunch of request attributes.

You can download the ansible project from here. Let's take a look at what's inside the project.

The "hosts" file, also called the "inventory" file, contains a list of hostnames for the Tomcat servers and the load balancer.

Even though I will only use two application containers and one proxy for this example you can add as many servers as you want to either group.

The sites.yml file, also known as the "playbook" file, contains two plays, one for the Tomcat servers and another one for the load balancer: